Most of you i'm sure have followed this story of Jill Meagher a young woman who went for a drink with colleagues after work and never came home. She was abducted, raped and murdered just moments from her home and minutes from our home in Brunswick. This story wasn't just a story, it moved our community deeply. I had tried to distance myself from the media coverage, I'd just given birth and it was all too much to cope with. So tragic and so close to home. Last week i got an email with the letter below that had been sent to the ABC. I cried, a lot. With the title 'a touching story' the writer described her visit to our shop as a platform 9 3/4 experience. It seemed so surreal that she wasn't sure if it existed.

Dear Jon, It is very nice to hear you back on air this morning. Like countless listeners, I can only imagine what you have all been going through at the ABC over the past two weeks. We have all followed and felt involved in that dreadful journey. The fact that you all held the fort under such difficult circumstances is a tribute to the professionalism of you all. I want to pass on my personal sympathy to you all. I also wanted to share with you a moving experience I had on the weekend.
I have not been able to put the terrible story out of my mind, nor have my 2 daughters, both living on the other side of the world, but both around Jill's age, and former residents of Brunswick. So I decided I just had to take flowers to the church in Sydney Road. I headed off on Saturday from Croydon and tried to buy flowers on the way. I spent ages driving up and down St. Georges Road, then High Street - not a florist to be found. So I just kept heading west. Then, only a kilometre or so from Sydney Road, I stopped at a red light and looked vacantly to the right, at a ramshackle small group of largely empty shops. And there in a tiny frontage I saw flowers. It wasn't like a normal florists at all - no obvious signage, and just buckets of sprays that appeared to have been cut from shrubs. But a bunch of vivid hot pink Ranunculi leapt out at me - that's the only way I can describe it. They were what I had to have.
I then headed on to Sydney Road. As I approached the church, I knew by the ocean of flowers that I was at the right place. Just ahead of me, I saw a lone man wander in from the footpath, but apart from him there was no-one else in there, though people were clearly pausing to ponder as they walked by on the footpath. Lost in my own thoughts as I looked around, I suddenly heard a voice out of the silence: "She would have loved them... she loved that colour". I looked around and realised that the man in the slightly shabby coat had spoken. Hesitating, I asked "Did you know her?" To which the answer came in a calm quiet voice, with only an edge of weariness "Yes, I am her father".   I'm afraid I just burst into tears and hugged him. But the amazing thing was that HE was comforting me. He was so calm, so amazed at the magnitude of the public outpouring. I had read that he was almost disabled by grief at the funeral the day before, and I found it truly wonderful that he had somehow, through the harrowing process, arrived at this calm state.   I just thought you'd like to hear this little story. Jill and her lovely family will remain in my thoughts and prayers. 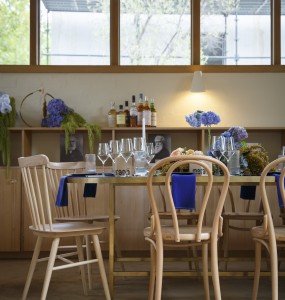 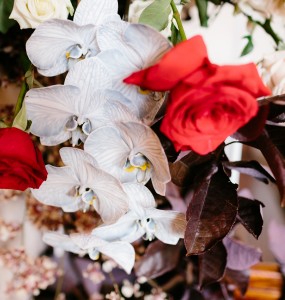 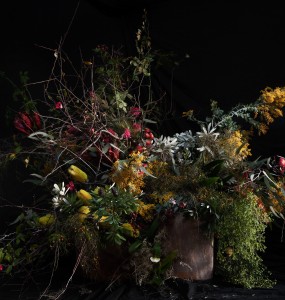